Symphony No. 3 in C major, Op. 52, 1904–07. Compared to the earlier symphonies, this work is more compact in character and more focused in form, representing a transition from the composer’s early nationalism to his later, mature style. The basic mood of the work is one of peace, clarity and light. Its natural atmosphere is more concerned with inner visions than recollections of outer landscapes. Sibelius wrote: ‘Despite everything there is much in life that is in the major. The Third Symphony is in C major!’

Symphony No. 4 in A minor, Op. 63, 1911. The composer characterized this work by saying that it was ‘a protest against present-day music. It has nothing, absolutely nothing of the circus about it.’ The Fourth Symphony is an ambiguous, philosophical and straightforward work. Its basic thematic material is an augmented fourth derived from the original melody, which generates links between the various movements of the work. The finale has been interpreted as a struggle between human strength and despair, which ends in submission and loneliness.

Symphony No. 5 in E flat major, Op. 82, 1914–1915/1916/1919. Sibelius began composing this piece after returning from a successful trip to the USA. As a counterweight to the growing pessimism of the era, the Fifth Symphony expresses the high noon of life and an open, extrovert approach. The composer was not satisfied with the immediate success that his work enjoyed, and he revised the symphony twice; it did not reach its definitive form until 1919. The six widely spaced chords that conclude the symphony came as a great surprise to the audience.

Symphony No. 6 in D minor, Op. 104, 1917–23. In its resources and development this symphony resembles chamber music, and it has been seen as one of the more ‘classical’ examples of Sibelius’s symphonies. The work expresses a stark and simple beauty and a sculpted form. ‘When shadows lengthen’, Sibelius wrote in his diary. The composer conducted the première of the work on 19th February 1923. This was his last major appearance as a conductor in Finland (although in the following year he conducted in Stockholm and Copenhagen).

Symphony No. 7 in C major, Op. 105, 1924. This single-movement work, which Sibelius initially called ‘Fantasia sinfonica’, was premièred in Stockholm in March 1924. The symphony condenses the traditional four-movement symphonic form into a single movement, to which it applies the three-stage symmetry of a sonata. Growth based on the internal dynamic of the themes ends in a coda in which the listener may recognize a harmony from the famous Valse triste.

Violin Concerto in D minor, Op. 47, 1903–05. This concerto, which a poll of listeners recently selected as the finest 20th-century work by a Finnish composer, initially brought the composer considerable trial and tribulation. He was unable to fashion the work to his liking, and the problems of selecting a soloist merely increased his concerns. The original version was premièred in 1904 to a mixed reception. Where one critic viewed the work as approaching the ideal for a violin concerto, another felt that the composer had submitted to conventional virtuosity. In the spring of 1905 Sibelius revised the work and it was then premièred again in Berlin with Richard Strauss conducting. The popularity of the work grew when Jascha Heifetz was the first to record it in the 1930s. Nowadays, thanks in part to the Sibelius Violin Competition, the concerto has become an established part of the repertoire of gifted young violinists the world over, and provides an inexhaustible wealth of interpretative possibilities to more mature virtuosi as well.

While the Kalevala theme of this composition recalls the Lemminkäinen Suite of the 1890s, its musical style is closer to that of the later orchestral tone poems. The work was dedicated to Robert Kajanus and conducted by Sibelius himself at its St Petersburg première in December 1906.

This lyrical suite is based on a work for male voice choir of the same name composed in the 1890s, based on a text from the Kanteletar folk poetry collection.

A commissioned work for an American patron, with a title that suggests Greek mythology rather than the Kalevala. This is one of the most brilliant seascapes in the history of music, with the swell of the tides and the playing of mermaids.

This commissioned work was premièred in the USA on 26th December, but was not performed in Finland until April 1927. The basic mood of the piece is derived from the world of the Kalevala, but it has no specific programmatic content. At the request of his sponsor, however, Sibelius penned the following quatrain, originally in German:
‘Wide-spread they stand, the Northland’s dusky forests, / Ancient, mysterious, brooding savage dreams; / Within them dwells the forest’s mighty God, / And wood-sprites in the gloom weave magic secrets.’
(translation by Breitkopf & Härtel from the published score) Sibelius’s œuvre also includes music for the theatre (including Järnefelt’s play Kuolema (Death; 1903), Shakespeare’s The Tempest and the ballet-pantomime Scaramouche), works for piano, works for solo or choral voices and orchestra (including Luonnotar, Op. 70, 1913), songs and a cappella choral pieces. 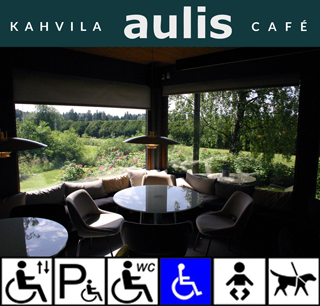